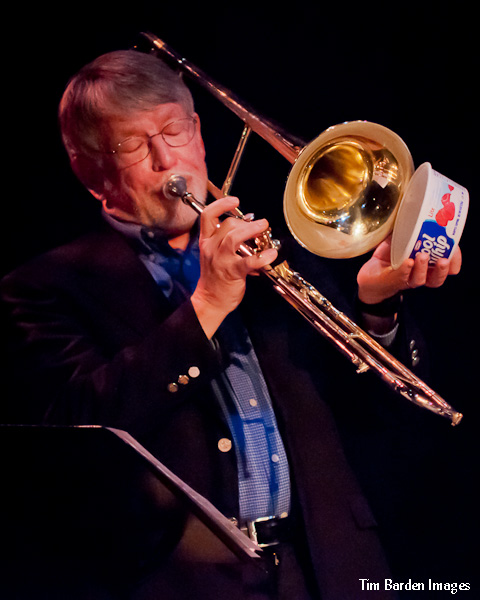 George Voland plays regularly with the Vermont Jazz Ensemble, Pine Street Jazz,The Jazz Collective and with his own group, George Voland JAZZ: (a quartet which performed at the “Jazz on the Volga” festival in Yaroslavl, Russia.) He has played thousands of gigs and dozens of recording sessions, including a live concert and studio sessions presented on the CD, “Remember Beauty: George Voland and Friends” recorded in Seattle.

His distinguished 33-year career as an English teacher in Vermont allowed for hundreds of weekend and summer gigs, plus it gave him a solid base from which to share the gift of jazz with younger players. He loved "giving back" to younger musicians, first as director of the South Burlington (VT) High School Jazz Ensemble and as interim director of the University of Vermont Jazz Ensemble. Following his retirement from secondary school teaching, he has continued to share his gifts through his role as a private teacher/coach to individuals and groups, as a combo director for elementary school through adult players. Since 2004, George has been a staff member at Interplay Jazz as well as here at the Vermont Jazz Camp since its early days. He's a member of the team that auditions high school players for the Vermont All State Jazz Ensemble.

A charter member of Vermont's premier big band, the Vermont Jazz Ensemble, George has played the jazz trombone chair since 1976. "Jazz is such a gift, to players and listeners," George says. "Played well and from the heart—by musicians who really listen to one another and who carry on a musical dialogue—jazz creates instant community on the bandstand. The audience gets pulled in. They're part of it—and the 'it' is a whole that's greater than the sum of its parts."

"Played this way, jazz can be beautiful and absolutely 'real.' At this time in history, we could do with as much beauty and reality as we can get!"